You Are Here: Home » MITOLOGJI » Romake » Myths about the Roman Goddess Proserpina

Myths about the Roman Goddess Proserpina 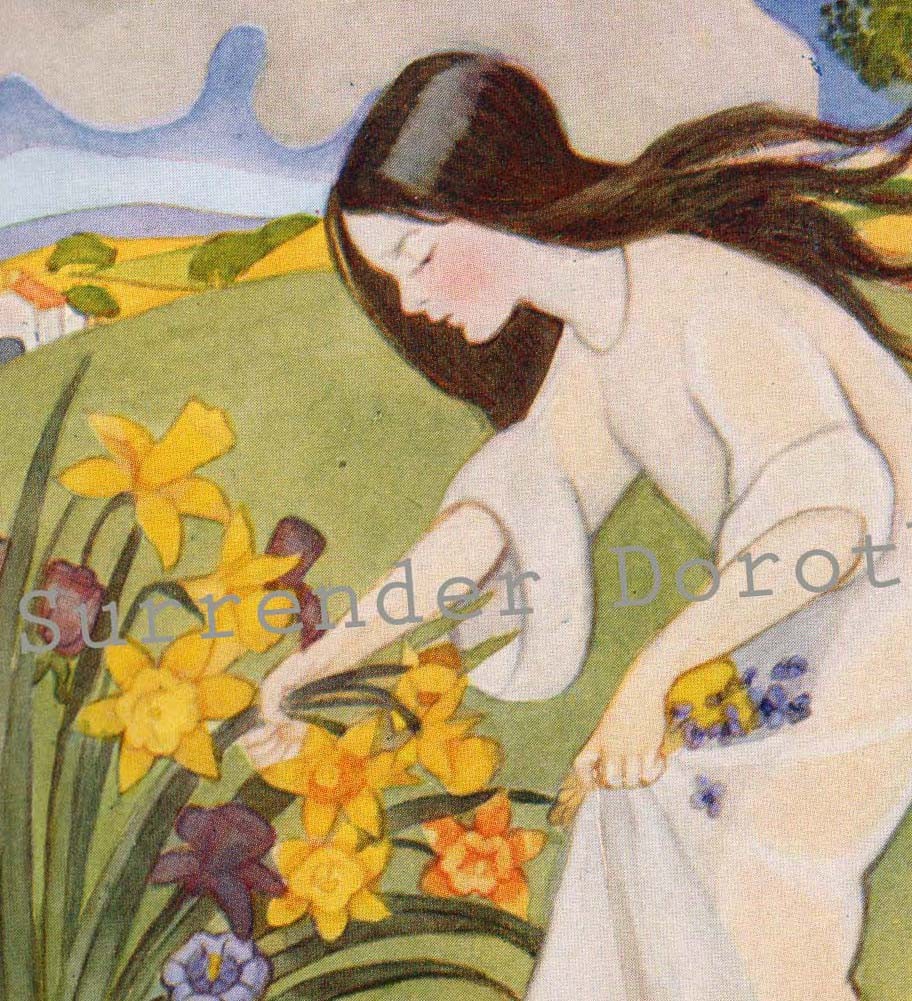 Myths about the Roman Goddess Proserpina

Myths about the Roman Goddess Proserpina
The PROSERPINE, the daughter of Jupiter and Ceres, was educated with Minerva and Diana. By reason of this familiar intercourse, each chose a place in the island of Sicily for her particular residence. Minerva look the parts near Himera; Diana those about Syracuse; and Proserpina, in common with her sister goddesses, enjoyed the pleasant fields of Enna. Near at hand are groves and gardens, surrounded with morasses and a deep cave, with a passage under ground, opening towards the north. In this happy retirement was Proserpina situated, when Pluto, passing in his chariot through the cave, discovered her whilst busy in gathering flowers, with her attendants, the daughters of Oceanus. Proserpina he seized, and having placed her in his chariot, carried her to Syracuse, where the earth opening, they both descended to the infernal regions.

She had not been long there when the fame of her charms induced Theseus and Pirithous to combine for the purpose of carrying her thence; but in this they failed. When Ceres, who was disconsolate for the loss of her daughter, discovered where she was, Jupiter upon her repeated solicitations, promised that Proserpina should be restored, provided she had not yet tasted any thing in hell. Ceres joyfully descended, and Proserpina, full of triumph, prepared for her return, when lo! Ascalaphus, son of Acheron and Gorgyra, discovered that he saw Proserpina, as she walked in the garden of Pluto, eat some grains of a pomegranate, upon which her departure was stopped. At last, by the repeated importunity of her mother to Jupiter, she extorted as a favor, in mitigation of her grief, that Proserpina should live half the year in heaven, and the other half in hell.

Proserpina is represented under the form of a beautiful woman, enthroned, having something stern and melancholy in her aspect. Statius has found out a melancholy employment for her, which is, to keep a sort of register of the dead, and to mark down all that should be added to that number. The same poet mentions another of her offices of a more agreeable nature: he says, when any woman dies who had been a remarkably good wife in this world, Proserpina prepares the spirits of the best women in the other to make a procession to welcome her into Elysium with joy, and to strew all the way with flowers where she is to pass.

Some represent Proserpina, Luna, Hecate, and Diana, as one; the same goddess being called Luna in heaven, Diana on earth, and Hecate in hell: and they explain the fable of the moon, which is hidden from us in the hemisphere of the countries beneath, just so long as it shines in our own. As Proserpina was to stay six months with her mother, and six with her husband, she was the emblem of the seed corn, which lies in the earth during the winter, but in spring sprouts forth, and in summer bears fruit.

The mythological sense of the fable is this: the name of Proserpina, or Persephone, among the Egyptians, was used to denote the change produced in the earth by the deluge, which destroyed its former fertility, and rendered tillage and agriculture necessary to mankind.

Myths about the Roman Goddess Proserpina
The content of this Myths about the Roman Goddess Proserpina category on the mythology of Ancient Rome provides free educational details and information for reference and research for schools, colleges and homework. Refer to the Colosseum Sitemap for a comprehensive search on interesting different categories containing the history, facts and information about the legends and mythology of Ancient Rome.