You Are Here: Home » Kuriozitete » The Earliest English Dictionaries 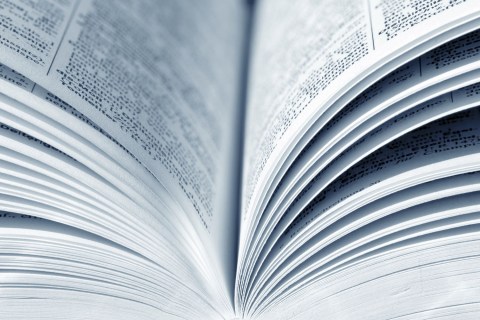 Published in 1755, Samuel Johnson’s two-volume Dictionary of the English Language is generally thought of as the most authoritative and influential work of early English lexicography (a fancy word for dictionary-making). Yet contrary to popular belief, Johnson’s wordbook was not the first.

During the preceding century and a half, well over a dozen dictionaries of one sort or another had appeared in English. We’ll look at four of the most significant ones.

Composed by Richard Mulcaster, headmaster of Merchant Taylors’ School in London, The Elementarie is now viewed as an important forerunner of the first actual dictionary in English. At a time when English spelling was, in Mulcaster’s words, “without anie certain direction,” The Elementarie listed 8,000 words–some of them common (“burn” and “footeball,” for instance), others more obscure (“carpetknight” and “flindermouse”).

Because Mulcaster’s focus was on spelling, he left the words in his list undefined. All the same, he clearly recognized the need for a more comprehensive reference work: “It were a thing verie praiseworthie in my opinion . . . if som one well learned and as laborious a man, wold gather all the words which we use in our English tung . . . out of all professions, as well learned as not, into one dictionarie, and besides the right writing, which is incident to the Alphabete, wold open unto us therein, both their naturall force, and their proper use.” A generation later, Robert Cawdrey took up the challenge.

Schoolmaster Robert Cawdrey’s Table Alphabeticall is generally regarded as the first genuine dictionary in English. It contained roughly 2,500 words, each matched with a synonym or brief definition. According to the book’s title page, A Table Alphabeticall was intended for “Ladies, Gentlewomen, or any other unskillful persons” so that “they may the more easily and better understand many hard English words, which they shall heare or read in the Scriptures, Sermons, or else where, and also be made able to use them the same aptly themselves.”

The first six entries in Cawdrey’s Table show the simplicity and directness of his style:

Abandon, cast away, or yeelde up, to leave or forsake.

aberration, a going a stray, or wandering.

Thomas Blount’s Glossographia, which defined approximately 10,000 unusual words, was the first English dictionary to include etymologies (or word histories). One of the more exotic and ultimately enduring words to appear in Blount’s dictionary was coffee (then spelled “coffa” or “cauphe”): “a kind of drink among the Turks and Persians, (and of late introduced among us) which is black, thick and bitter, destrained from berries of that nature, and name, thought good and very wholesom.”

For two years, the Glossographia was the largest dictionary in English–until the arrival of a serious competitor.

The New World of English Words: Or, a General Dictionary (1658)

Almost twice as large as the Glossographia and containing many common words as well as unusual ones, this dictionary was the work of Edward Phillips, a nephew of the poet John Milton. In fact, Phillips shamelessly lifted many of the entries in The New World from Blount’s work, and his plagiarism didn’t pass unnoticed. Over the next several years, Blount and Phillips regularly denounced each other in print–an exercise that helped to maintain the public’s interest in both dictionaries./grammar.about/